We have now officially entered the Reiwa era. If the Showa era was the age of excitement and the Heisei era was the age of stability, we would like to make the Reiwa era an age of steady growth. The MM Group is an SME association that develops wholesale, retail, advertising agency, printing, restaurant, and system development businesses in and outside of Japan. We aim to promote business operations based on our corporate philosophies of “customer satisfaction”, “the pride of our employees” and “social credibility”.

Most of our group companies were created in the Showa era, developed during the Heisei era and will enter into the Reiwa era. During this time, the values of the world have changed significantly. Even when looking at labor value, you can see significant changes over the past 30 years from “go-getter employees” ⇒ “the Millennial generation” ⇒ “work style reforms”. And now, seriously dealing with problems such as the decreasing birthrate and aging population and depopulation have become important issues in our society. We cannot cling to successful experiences from the past or the system that we put in place now. We must search for methods to meet the demands of society and the market and processes that conform to new values from a zero-base. The MM Group is a collective body of service businesses, and people make up our main assets and business promotion. The “knowledge” and “motivation” of the people involved in our businesses form the basis of our company management. As a Group, we are engaged in promoting “diversity” and “work style reforms”.

Globalization has progressed significantly during the Heisei era. The MM Group is also positioning active global expansion and the use of global human resources in our daily activities. Digitization has also significantly evolved during the Heisei era, and will surely undergo major changes in the Reiwa era. The spread of the Internet and social media has promoted digitization in the Heisei era. No one in the Showa era could have predicted that the day would come when tweets sent by the President could one day reach the hands of people throughout the world instantaneously. In the Reiwa era, the digital world of a different dimension will surely be expanded due to the development of 5G and IoT. We will also continue to conduct out efforts that are in synch with the flow of the times.

In order to carry out the sound development of our group companies, we will continue to merge the “vitality” of small and medium‐sized enterprises and the “stable mechanisms” of major corporations institutionally and in terms of human resources, and conduct a group management in anticipation of the future. MM Group Holdings acts as a catalyst to promote organic connections between groups, share knowhow and activate the organization with incentives such as benchmarks. In order for our 10 domestic companies and three foreign companies to develop as operating companies and will continue to grow while promoting the pursuit of synergy and operational efficiency. From now onward, in enterprises for which it is difficult to appoint a successor to continue their business, we shall seek approval of our corporate philosophy, while joining hands with the owners who aim for growth, and work toward further development of the Group. 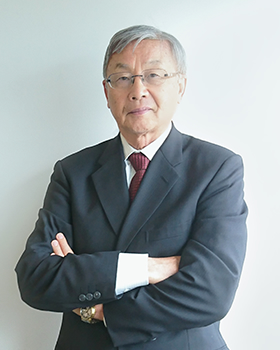